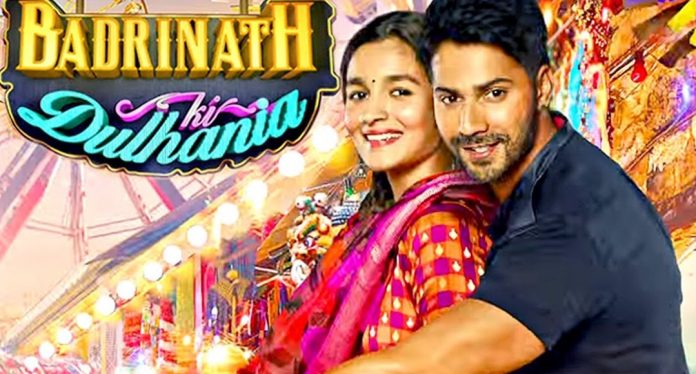 Last film of Varun and Alia (Humty Sharma ki Dulhania) was powered by the incredible chemistry both shared on-screen. The story was cliché to some extent, young love burdened with parental opposition, but was hit because the flick was elevated by its two leads. Having a twist in the story, this flick (Badrinath ki dulhania) keeps them apart for a chunk of it’s running time. A lovable simpleton ‘Badri’ played by Varun Dhawan, young lad from Jhansi is a portrayal of a character who wears his heart on his sleeve. He falls for Vadehi, played by Alia Bhatt, a quirky girl from Kota whom ‘Badri’ meets at wedding and proposes for marriage. 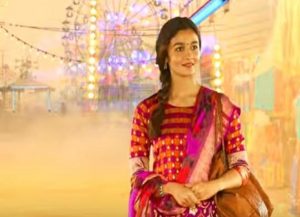 , Also, she is filled with enthusiasm with big career ambitions and laughs at face of Badri, regarding his class 10th pass qualification. Vaidehi is reluctant for marriage and even after knowing this Badri persues her relentlessly. Although she gets amused by Badri, but remains uninterested in marriage, these scenes in the flick are cute. Slowly the movie separates these protagonists, and scenes where they are not together drags. The writing looses it’s grip on the audience in the second half, when the scene moves to Singapore and the film becomes less sure-footed. 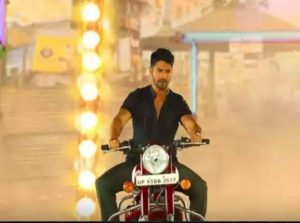 Multiple scenes here feels irrelevant and boring that one cannot help but cringe. There is a stupid scene where presumably gay men feels Badri and rip his shirt in passion. The good thing in the flick is that it showed interest in highlighting the point that woman have right to choose career over marriage but the director seems to bite more than he could chew. The supporting cast is good and the performance of Sahil Vaid as a happless friend of Badri is praise worthy. 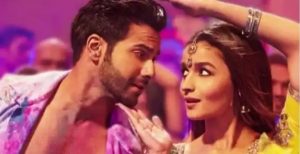 But it is the leads who are burdened to carry the film. Alia’s character is not very responsible, but her honesty in playing her role makes it hard for viewrs to hold a grudge against her. However, it is Varun who walks with top honours. Going from an entitled young man to one who is more sensitive to women and understands them, he plays the part with right innocence and wins over his audience. The writing at places is clumsy, but you can watch it once!