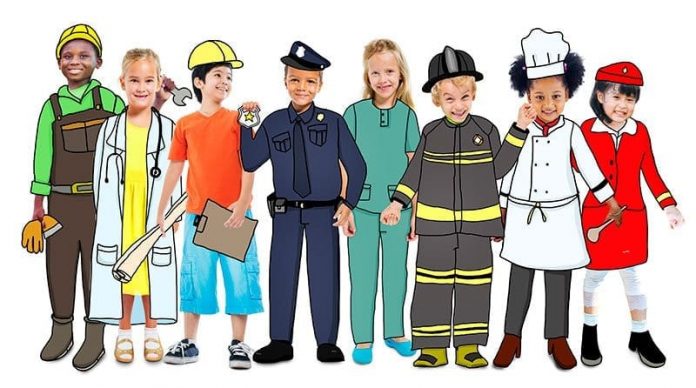 Gender discrimination somehow finds itself in all spheres of our life which manifests mostly in our life decisions. Career options especially. For years, men and women have gravitated towards selective jobs for the single fact that they were a considered women/men’s jobs. Gender stereotypes have molded our lives and continue to do so.

It’s no secret that women are under-represented in high-paying jobs in management. While numbers vary across industries, a recent survey in the financial services sector found that while women represented 58% of human resources, 46% of marketing, and 35% of legal executive roles, they held only 13% of technology, 17% of finance and 21% of operations executive roles. Unfortunately, gender pay gaps arise because the management occupations with fewer women typically pay more.

Today, we see women and men taking up professions, that were considered forbidden and were shunned by society. Careers were restricted to social and physical constraints that were supported by orthodox ideologies and beliefs.

Now as the doors are opening, changing, and redefining the social paradigms. We see different genders getting committed into careers that are not only difficult but hold equal opportunity. The sense of freedom empowers one to take up anything that they love.

Careers in Aviation is certainly attracting more and more women, snapping the age-old notions of men being better drivers. We are witnessing many women pilots, flying out towards distant lands, in high altitudes. This domain seems to be one of the most popular choices in terms of careers that break gender stereotypes.

Interestingly, in India, the percentage of women pilot is twice as high as in most western countries. This highlights an exceptional rising curve that bears a message of equality in terms of opportunities. As the genders get balanced in any profession, it eventually welcomes the premises where all the genders will hold their heads high and equally participate in activities without being demarcated.

It additionally brings about a transformation in the way society perceives things and starts formulating definitions. So if you think you want to become a pilot, you must start planning and stand by your resolution.

Joining the Defence force was thought to be typically restricted within the male domain. But, that has changed! Now, we see women getting posted on warships to operating the Rafale jet. The Defence Forces that involve the Indian Navy, Air Force, and the Army, are welcoming women, giving them equal stature in terms of training and positions.

We see women joining with equal vigor and determination to serve the nation. They participate in all the physical activities, training, and duties that were categorically assigned to men. Above all, your gender does not exclude the prospects of getting promoted to senior positions and enjoying special privileges that every officer is entitled to.

So, if you are preparing to join the Defence Forces, but reconsidering this career due to the perceived limitations of being a woman, then you want to stop doubting yourself. To be more confident of your decision, try to analyze and interpret your intention behind joining the Defence Forces. Ask yourself: what is the reason that compelled you to think about joining the force?

If you get the answer, you can make your decision based on that and remain steady with it. Every career will make you come across many hurdles and obstacles. If you are steadfast with your decision then nothing can come in your way to stop you from achieving it.

Nurse and women have a long association, as the role of a nurse is to be a caregiver. This misunderstood representation takes away the fact that even men can provide care and be sensitive. Hence, a career in nursing has typically been a woman’s profession, with a very little percentage of men being a part of it. But, men in nursing can equally benefit patients, giving all the necessary care needed for them to heal.

Nursing is a very rewarding profession in the medical field that allows you to understand the nitty-gritty of the area. Hence, this career can never be chosen based on preconceived opinions. Although women outnumber men in the nursing career, the present is welcoming several men into this profession, bolstering the ratio, and looking forward to a worldview that respects people and their choices.

So if you want to join the nurse force and be a contributor to the medical domain, then don’t let any ridicule or prejudices hold your way.

The world of cinema will be intriguing if you love to brew different stories and want to see them come to life. The film-making process involves many components and multiple levers through which every step in the process can be executed. So, the processes are:

Cinematography falls under the elements included in the production process. This means that, with the help of the cinematographers, the directors and the actors, can manipulate the visuals of the story. They carry big heft equipment, and meticulously records all shots in the captivating order so that they can weave out the most excellent scene.

Hence, it was observed that men dominated this field, coz handling equipment was stereotypically connected with them, which took away the main essence of cinematography, associated with the aesthetics of the scene.

Now, we can see women slowly stepping in and proving the common perceptions wrong. Several famous Indian Movies have been cinematographed by women, which is making this field lucrative, and a beautiful career to be pursued.

When talking about women being shunned from few professions, here is another career that men hesitate to pursue out of the fear of being judged. The concept of a man putting on makeup, and engaging in graceful moves to showcase Indian epics and mythological characters, portraying the different moods of a particular performance, has always been ridiculed by people.

Art, culture, and ecstasy involve an essence of emotions, transcending the senses into realms that redefine life and moments. Hence, careers that allow such elements can never be limited to the notion of expressions being not manly enough. If you are passionate about art, cultures, and dance, your gender should never be the reason to take you away from it. Instead, make your desire to achieve your dream career strong enough so that nothing can stop you from being successful and changing the world around you.

Women are being encouraged to enter STEM fields and the military, while men have opportunities in education and health care. However, although demographic workforce shifts are occurring, entrenched social roles and stereotypes are slower to evolve.

Workplace training should address things like language and word choice. Understanding the implications of our words can be powerful. Training can help managers and organizational leaders to be more cognizant of how their word choice for performance evaluations, feedback, and job postings can unintentionally create gender bias. Our word choice and language have spillover effects that impact so many different aspects of our lives. Awareness is the key. Recognizing the consequences of our gendered language can be the catalyst that sparks change.

Careers are varied, and multivariates into different directions, buttressing life choices with exciting options. But the idea behind a wonderful life is to make those choices that you identify with yourself and enjoy doing the most. So, break any stereotype that prevents you from moving ahead with your dreams. 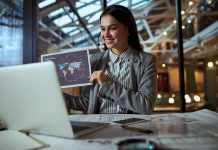