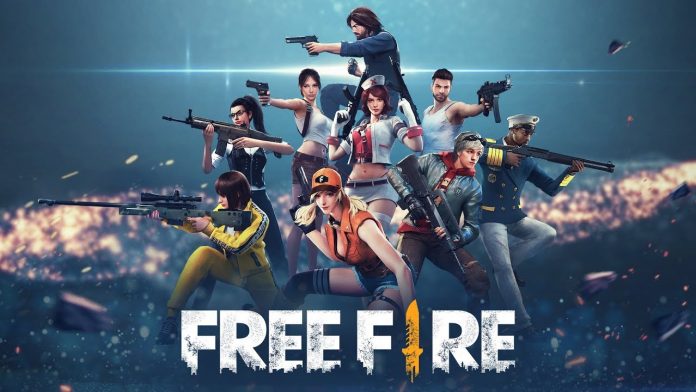 With the lockdown still in force for a majority of the Indian youth, video games seemed to be the only respite they got. Despite new games coming out on play store and app store regularly, there have always been some that remained fixtures. Or so we thought. Some of these apps were such big hits that their popularity could be easily compared to games like Minecraft and Fortnite. Namely, pubg. Created and marketed by Tencent Games, Pubg became the biggest FPS Battle Royale game in India.

Despite not being the first of its kind, the easy accessibility of the game made it as big as it became. However, with rising border tensions between India and China, and the game being a Chinese production, Pubg was banned in India. It has been a week since the ban now. The twenty million population that regularly indulged in the game are now forced to look for new alternatives. Here are the five best alternatives we found to the iconic Pubg.

One of the most irritating things about a Battle Royale style fps game is the fact that the ones with a higher complexity can only be found on controllers or PCs. One of the reasons Pubg became such a big hit in the country was because of its accessibility on the mobile. And despite being on mobile, there seemed to be no sacrifices made to the quality of the game. Call Of Duty Mobile may have come quite recently, but its plans with mobile gaming transcends Pubg’s.

The game is superbly polished, has quite a few modes and has a 100 player battle royale mode. It has innumerable customization options and keeping things interesting. A must play, this one is.

A PC/Console game created in the US, Fornite is quite different from the other video games on this list. And maybe that’s what makes it the most popular game all over the world right after Minecraft. Fortnite was originally a PC/console game before it moved to the mobile movement. The best part of Fortnite is its availability everywhere. You can save your game on your console or your PC and then sync it up with your cloud so that you can use the same skins on mobile.

The skins and tools of Fortnite are very refined and bright, so customization is a blast. The only downside to the game is how heavy it is. Due to logistical and legal reasons, Fornite has been removed from Play Store as of now but has promised to make a comeback soon. There are other methods of getting the game onto your phone but they are not as secure. The best bet would be to wait for its playstore re-release. We hope it does too!

Another unique but Battle Royale style game, Garena Freefire hit a 100 million users peak just this year. Very similar to Pubg in terms of specifications, with it’s ban now, Garena is the best go-to on the market if you wish to stick to the Pubg style of gameplay. With more than one hundred and fifty players at a time, Garena hosts huge cadres of players at times.

While it’s makeup is different from Pubg for obvious reasons, it will definitely bring the nostalgia back. The mobile game offers short bursts of gameplay of upto ten minutes in length, not too short, not too long. Garena Freefire lets you make four man squads with voice chat, enabling a smoother team mission. Polished to a T, Garena Freefire is a game you should keep in sights if you wish to find an exact alternative to Pubg.

If you’re looking for something a little more kiddish, with Wii style characters, Battlelands Royale has got you covered. With somewhat the same gameplay as Pubg, this game is a little lighter on the phone and intensity of the in game experience. Battlelands Royale of course, has a major difference as compared to all the other games we have talked about here. It’s gameplay is all top down. You cannot play in first person, and the real time experience has a lot to be desired. Battlelands has a lot of the Clash Royale style play, the only difference being that Clash Royale doesn’t have an fps style of gameplay whereas Battlelands does.

Despite being cartoonish and top-down, Battlelands has its perks, it’s little wait time being one. Upto 32 players can descend into one play zone at a time! While the game time is pretty short – upto three to five minutes for each session, it is made up for in the activity in the game. There is always something to do for the entirety of the game. This is unlike Pubg where a lot of time was spent foraging and collecting supplies for the mission.

Also Read: Ten Games That Can Add More Fun To Any Event!

This is for those of you who really miss Pubg and refuse to see any other one replacing it. Pixel’s Unknown Battle Grounds is the exact clone of Pubg, with a small twist. Comprising of players and grounds all pixilated, Pubg by Pixel looks like something out of Minecraft. The specifications and in-game experience are a straight-up clone to the original Pubg. That is you leave out the pixilated characters. The pixilation gives them a cuter look and renders the game to look like a version of Pubg intended for a younger audience, from 11 to 14. The game has an adjustable graphics setting for players with entry-level smartphones. It is a good game to try out, graphics and gameplay included.